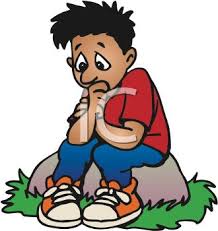 Trevor from Jacqueline Woodson’s Feathers is one of the most interesting characters of the novel. While Frannie is the protagonist of the story, Trevor really grabs the reader’s attention with his wild, unusual, and aggressive behavior. The reader learns a little bit about Trevor’s history through the protagonist and the storyline. We assume that he lives with his single mother. We learn that Trevor is the second lightest student within the school this is due to his absent, never-spoken about white father. While we know the town is divided by a train track (colored people on one side and whites on the other), we never really know what the real situation between Trevor’s parents was. But how does all this affect Trevor? If we analyze Trevor’s needs, wants, and desires through the psychoanalytic lens, we learn that his biggest need and want is to have a father. His actions as the class bully, punching, fighting, and verbally abusing other students, can be seen as a cry for that want and desire. Using Freud and Erikson’s theories of development and psychology, we assume that Trevor is the bully unconsciously because he envies those who have a “complete” nuclear family. We assume that Trevor has also struggled within Erikson’s first 5 stages of development. He has mistrust versus trust, shame versus autonomy, guilt versus initiative, inferiority versus industry, and confusion versus identity. These five stages are crucial and because Trevor’s “incomplete” family, we must understand and connect that his behavior is a direct, unconscious result of his inner desire of having a father. This becomes predominantly shown in the book when Trevor meets Jesus Boy’s family, which shocks him and initiates more feelings of anger towards him. This also can be seen when Jesus Boy directly challenges his bullying ways by talking about his absent father. This action by Jesus boy allows for Trevor to fully understand his situation and possibly may lead him into a more positive life in the future. Jesus Boy helps Trevor become aware of his situation by bringing it to light, not in the best way but in the only way his situation would allow him to. This character (Trevor) is an impressive creation of Woodson who gives us so much and yet still leaves us wondering. He forces us to look beyond the surface of what it really going on.

One thought on “Looking at Trevor Through a Psychoanalytical Lens” 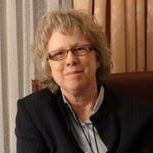